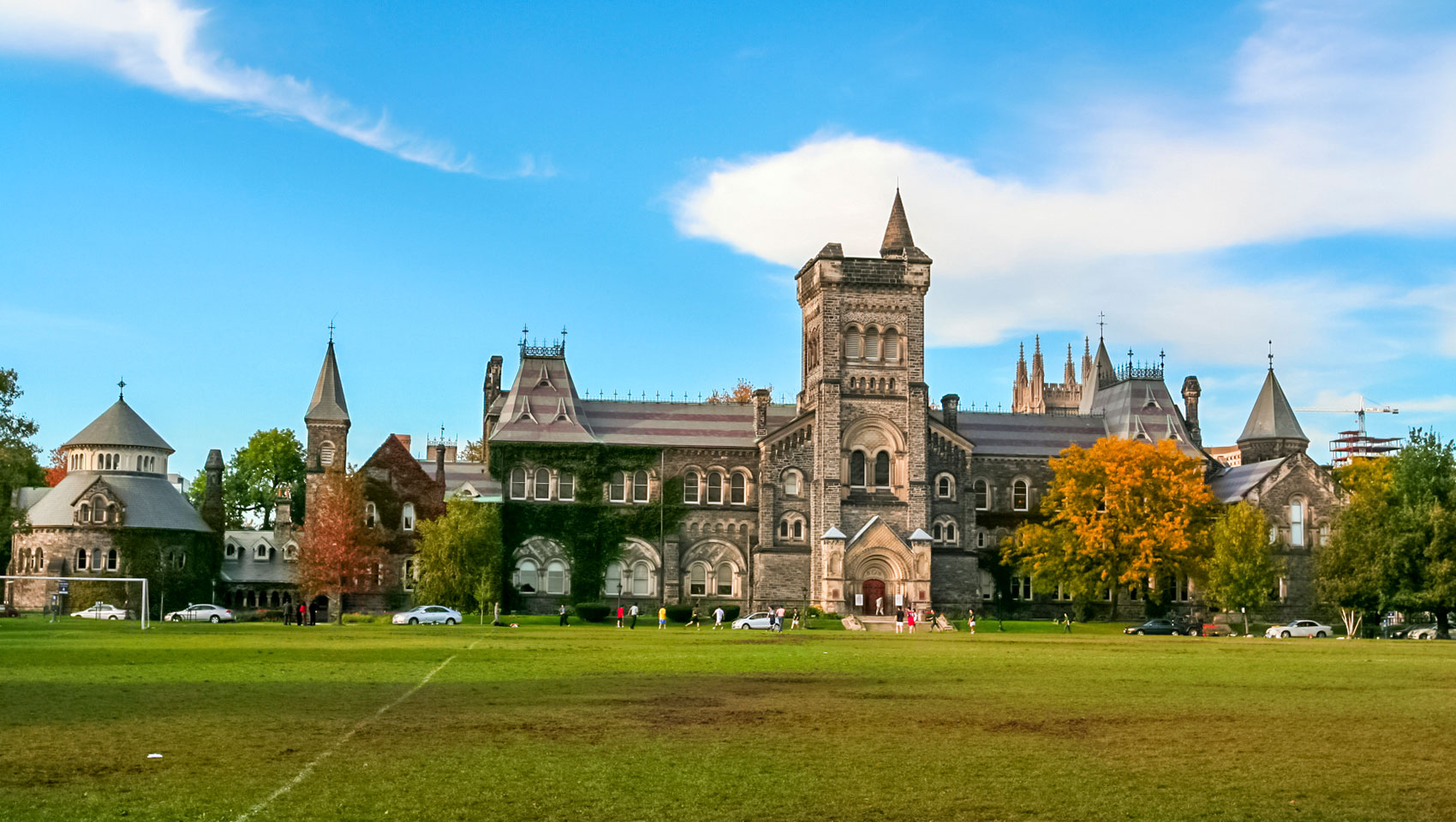 OUR HOTEL NEXT TO THE UNIVERSITY OF TORONTO

A Toronto Hotel in a class of its own

University of Toronto – St. George Campus
The University of Toronto - St. George Campus, only a few minutes' walk from Kimpton Saint George, is like an academic oasis in the middle of bustling downtown. With its gorgeous mix of century-old, ivy-covered architecture, modern design masterpieces and dazzling green spaces, it's no surprise so many films have been shot here. St. George Campus is where more than 60,000 of U of T's 88,000+ students matriculate, and we'd say it's a worthwhile visit if you're in town. Its Hoskin Avenue walk was recently named one of the 18 most beautiful places in Canada by Conde Nast Traveler.

Ryerson University
A downtown Toronto university campus with a more urban feel, Ryerson University surrounds Yonge-Dundas Square, the busy public square-slash-event space that's known as one of the busiest intersections in Toronto. Ryerson's innovative “zone learning” model and its Digital Media Zone, an incubator that has resulted in more than 300 businesses launched, has bolstered the university's reputation as a cutting-edge learning institution. Lucky for us, it's only about 3 km from Kimpton Saint George, making it walkable, or a quick cab or subway ride away.

OCAD University
Canada's “university of the imagination,” OCAD University is all about exercising students' creative muscles. Canada's largest art, design and media university, OCAD U is steps from the Art Gallery of Ontario, and just 2 km from Kimpton Saint George. A fantastic destination not just for artistically-minded students, but for art enthusiasts, OCAD U has multiple galleries in the city and puts on annual events that draw large crowds. Its graduate exhibition in May, its faculty art auction at the end of March and its installation at Nuit Blanche in the fall are highlights.

In need of housing for a long-term stay?